Season and mating
The bitch usually comes into season every 6 months but that may vary between 4 and 18 months depending on breed and individual genetic make-up. She usually bleeds for the first 10 days but that can range from 3-14 days.
Read more 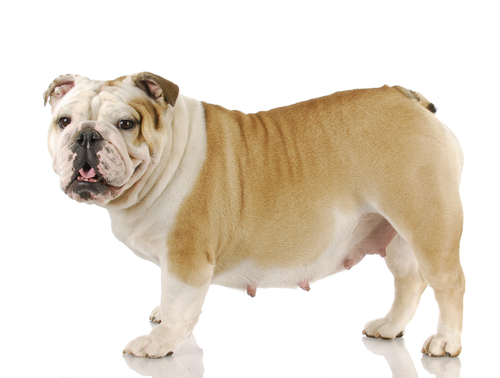 Pregnancy
There are various ways to confirm a pregnancy and count foetuses.Palpation is the cheapest and least accurate. Puppies can be detected between 20 and 30 days when the placental sacs are approximately 3cm in length.
Read more 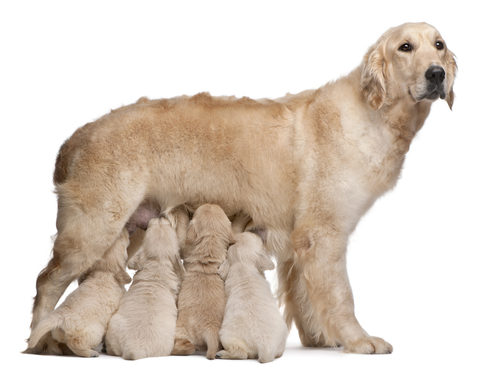 Nutrition
The bitch can remain on a regular good quality maintenance diet during the first half of her pregnancy. Thereafter she should be offered a puppy diet  in increasing quantities until the end of gestation.
Read more 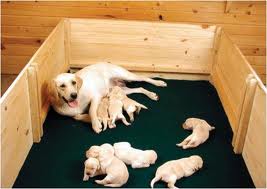 Nesting
If you provide your bitch with a whelping box about 2 weeks prior to her giving birth she will be much less likely to give birth in an undesirable location. Place it in an area that is familiar but private. The sides should be high enough to prevent 5 week old puppies from being able to escape. Line it with towels rather than newspaper. 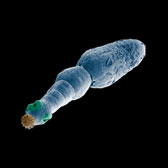 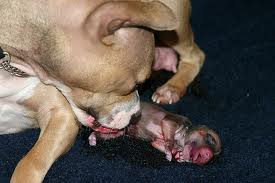